Johnny Depp performs at the Anthem in DC

Relationship scandals in Hollywood are almost as common as the wild storylines portrayed by the same stars on the silver screen.

Johnny Depp and Amber Heard’s six-week defamation trial last summer saw the “Pirates of the Caribbean” star awarded $10.35 million in damages in June after a jury found Heard defamed Depp. Although, Heard lost the defamation case, she was awarded $2 million in her countersuit as jurors found that Depp defamed her through his attorney.

Since the courtroom drama unfolded, Depp released an album, flew above the crowd as a moonman at the VMAs and even recently signed on to work with Rihanna. His steady career trajectory post breakup and trial signaled no change in status as an A-list elite, a similar scenario for Brad Pitt following the end of his marriage to Angelina Jolie, and Ben Affleck after his divorce from Jennifer Garner.

Johnny Depp and Amber Heard were married for a year. Brad Pitt and Angelina Jolie are still fighting in court despite splitting years ago. (Getty Images)

Red Banyan PR senior vice president Kelcey Kintner told Fox News Digital that “a lot of the celebrity scandals are only a blip on fans’ radar screens” as information is readily available thanks to instant access via social media.

The “Aquaman” actress married Depp in February 2015, but filed for divorce one year later in May 2016. The end of their union was finalized in January 2017.

He initially sought a $50 million payout over a 2018 Washington Post op-ed Heard wrote that didn't specifically name Depp, but discussed her experiences with domestic abuse at the hands of a former partner. Heard countersued for $100 million in damages.

Depp previously lost a libel suit in 2020 after he took a U.K. publication to court for calling him a “wife beater” in a piece related to Heard’s allegations.

“No one can process all this information,” Kintner said. “Plus, with so many different news sources and social media platforms, it’s hard to know what’s credible and what isn’t. So fans tend to believe what they want to believe.”

Johnny Depp and Amber Heard were only married for one year before she filed for divorce from the actor. (Fred Thornhill TPX)

Throughout the trial, jurors heard shocking testimony, including an infamous defecation incident in the couple’s marital bed to allegations Heard severed Depp’s fingertip during a vicious brawl.

Even before the verdict was read, Depp wasted no time picking up his favorite hobby and joined musician Jeff Beck on tour in Europe. The pair also released an album in July and Depp began dating his U.K. defamation trial lawyer, Joelle Rich , shortly after.

Heard announced on Instagram in July 2021 that she had secretly welcomed a baby girl named Oonagh Paige Heard via a surrogate, and said she’ll be both “the mom and the dad” to her daughter. Following the trial, Heard said she was just excited for motherhood . “I get to be a mom, I get to be a mom full time,” she told Savannah Guthrie.

Brad Pitt was accused of choking one of his kids and then allegedly attacking ex-wife Angelina Jolie while on a chaotic overnight flight from France to Los Angeles in 2016.

Jolie, 47, claimed that her ex-husband was “becoming a monster” during a drunken fit in front of their six children where he allegedly pounded the private plane’s ceiling, “shook her, and then grabbed her shoulders and shook her again before pushing her into the bathroom wall,” according to court documents . 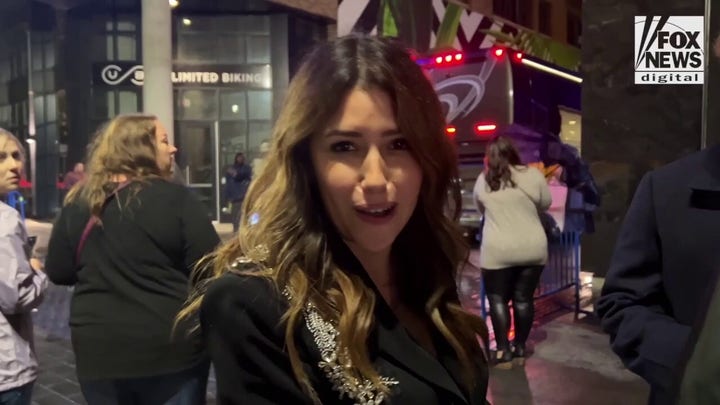 Brad Pitt and Angelina Jolie have been battling it out in court since filing for divorce in 2016. (Getty Images)

She also claimed the “Bullet Train” star poured beer and wine on their kids, who were between the ages of eight and 15 at the time. Days after the alleged incident, she filed for divorce.

Pitt and Jolie first met while working on the set of “Mr. & Mrs. Smith” in 2003 when he was still married to Jennifer Aniston, and she had recently filed for divorce from Billy Bob Thornton. Aniston filed for divorce from Brad in March 2005, and one month later, Pitt and Jolie were pictured together in Kenya. They went public with their relationship that summer, and welcomed their first child, Shiloh Jolie-Pitt, in May 2006.

“If they are devoted to one side or another, they tend to just give the benefit of the doubt to their favorite celeb.”

Celebrity Net Worth lists the exes as two of the richest stars in the world, with Pitt estimated to be worth $300 million, while Jolie has $120 million to her name.

While they’re no longer a couple, they’re certainly still connected legally. Pitt bought the 1,200-acre French estate Château Miraval in 2008 for $28.4 million, and had intentions of raising his children with Jolie at the winery, where the family would also build a business.

They’ve recently been involved in another legal dispute after Pitt sued his ex , and accused Jolie of selling her share of Miraval to a Russian businessman without his permission. Her former company, Nouvel, said in court docs that Pitt has wasted millions of the winery’s revenue.

Pitt and Jolie have also been battling in court over their 17th-century French estate, Chateau Miraval. (Michel Gangne)

Jennifer Garner and Ben Affleck were married for nearly 12 years before separating in 2016. Their divorce was finalized in 2018. (Jason Merritt)

Jennifer Garner still supported Ben Affleck even after they separated. She was the catalyst in getting him help for his alcohol addiction in 2018. (Jon Kopaloff)

Despite their messy, public breakup, neither have had a break down in their careers. Pitt won his first Academy Award in 2019 for his role in “Once Upon a Time in Hollywood” and Jolie continues to dominate at the box office with a third “Maleficent” film in the works.

“When it comes to celebrity couples, both sides have PR teams that are putting out very different narratives into the media,” Kintner said. “This really muddies the waters for the fans. They end up not knowing which side is telling the truth or if the truth falls somewhere in between. If they are devoted to one side or another, they tend to just give the benefit of the doubt to their favorite celeb.”

Ben Affleck also continued to stay on top of Hollywood royalty lists even after separating from his ex-wife, Jennifer Garner, amid allegations he had an affair with their family nanny. Garner and Affleck were married for 12 years before announcing their separation in 2016. Their divorce was finalized in October 2018.

“Let me just tell you something. We had been separated for months before I ever heard about the nanny,” Garner told Vanity Fair in 2016 while addressing reports the caretaker was responsible for their split. “She had nothing to do with our decision to divorce. She was not a part of the equation.”

She added, “Bad judgment? Yes. It's not great for your kids for [a nanny] to disappear from their lives.”

The “Alias” actress stayed supportive of Affleck regardless of the end of their marriage, and was even the one to stage his intervention when he needed help with his alcohol addiction.

“Part of why I started drinking was because I was trapped,” Affleck told Howard Stern last year. “I was like, ‘I can’t leave because of my kids, but I’m not happy, what do I do?’ And what I did was [I] drank a bottle of scotch and fell asleep on the couch, which turned out not to be the solution.” 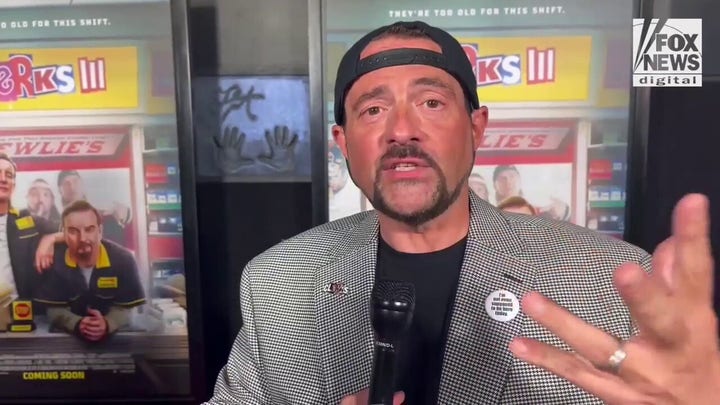 Jennifer Lopez and Ben Affleck married in August after a secret ceremony in Las Vegas the month before. (Jennifer Lopez/ OntheJLO.com)

He later told Jimmy Kimmel that his words were taken out of context, and he would never blame his wife for his own problems.

“It’s the exact opposite of who I am, what I believe, and I would never want my kids to think I would ever say a bad thing about their mom. It hurts my feelings,” he said.

Affleck has since gone on to star in a number of movies, but most notably became a married man again this year when he said “I do” to Jennifer Lopez during a surprise Las Vegas wedding only months after getting engaged. Lopez and Affleck and previously been engaged 20 years ago.

“We did it. Love is beautiful. Love is kind. And it turns out love is patient. Twenty years patient,” she wrote while announcing their marriage in July. The couple first became engaged in 2002 and had plans to marry in September 2003, but postponed their wedding and eventually called things off by January 2004.

In August, the happy couple welcomed a few of their inner circle to their exclusive Hampton Islands home in Georgia for a second ceremony on the grounds of their 87-acre, $8 million property.

“People also tend to have short memories when it comes to their favorite A-listers,” Kintner said. “For example, if someone has been watching Brad Pitt since 'Thelma and Louise,' his movie career almost feels nostalgic, intertwined with different junctures and moments in their own life. That can be a deep connection for fans, which makes them quicker to forgive an accusation or scandal.”

Johnny Depp and Amber Heard, Brad Pitt and Angelina Jolie: Hollywood's nastiest splits and star power impacts have 1944 words, post on www.foxnews.com at November 3, 2022. This is cached page on World News. If you want remove this page, please contact us.